War In the BBL match between Brisbane Heat and Melbourne Stars, there was a moment of magic when Stars’ all-rounder Glenn Maxwell took a stunning one-handed catch. 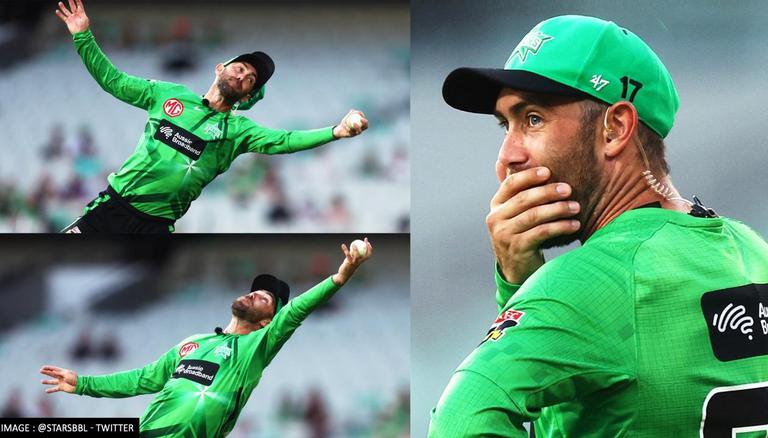 In the ongoing KFC Big Bash League (BBL) between Brisbane Heat and the Melbourne Stars, there was a moment of magic when Stars’ all-rounder Glenn Maxwell took a stunning one-handed catch. It was truly a sight to behold, Nathan Coulter-Nile bowled towards Sam Heazlett’s leg side and he shuffled towards the ball and tried to smack it. The ball travelled towards Glenn Maxwell and initially, it seemed like it would sail over him but the Australian stuck his left hand and jumped to grab the ball with one hand and managed to hold on to it for a sensational catch.

The catch was such that even Maxwell could not believe it as he held his hands over his mouth in disbelief. Even Coulter-Nile sat down in disbelief that Maxwell was able to hold on to it. Take a look at the stunning one-handed catch at the Melbourne Cricket Ground from Maxwell below.

Heat won the toss and decided to bat given the conditions and it seemed to be the right decision. Nathan McSweeney and Chris Lynn got off to a good start. Sweeney got to 20 runs off 20 balls before getting out and Lynn got to 28 off 22. In came Ben Duckett who played some superb shots but he was unable to get any support from the rest. Lachlan Pfeffer departed for 11 off 14, Heazlett looked like he was set but then got caught to that Glenn Maxwell catch, and James Bazley only managed five runs in five balls. Duckett managed to complete his half-century and finished with 51 runs in 42 balls before Adam Zampa bowled him out. Jimmy Peirson managed to get a few runs in the last over as Heat gave a target of 150 runs.

The Stars decided to go aggressive and sent Joe Clarke and Maxwell as openers. And it worked. They both got off to a smashing start as Heat had already scored 81 runs by the end of over eight. They carried on their smashing form as Clarke reached his half-century in just 28 balls. They both got out after the team crossed 100 with Maxwell scoring 37 off 30 and Clarke finished with 62 off 36. Hilton Cartwright and Marcus Stoinis came in and did not hold back as they both went all out. Stars ended up winning in eight wickets and 37 balls to spare. Cartwright scored 16 runs in seven balls and Stoinis was absolutely blasting his shots as he scored 29 runs off just 10 balls which included three sixes and one four.