Three Indian naval personnel were killed in an explosion on one of the country’s oldest destroyers at a naval dockyard in Mumbai, authorities said.

The blast occurred Tuesday in an internal compartment on the Soviet-built INS Ranvir, commissioned in 1986, according to the Indian Navy.

“No material damage has been reported… (A) board of inquiry has been ordered to investigate into the cause,” the navy said in a statement Tuesday.

Broadcaster NDTV quoted sources saying the explosion did not involve weapons or ammunition.

Media reports said 11 people were also injured and were being treated at a navy hospital.

The Indian government is in the middle of a huge modernisation of its armed forces to replace old equipment, much of it Soviet vintage.

Naval Warfare in the 21st Century 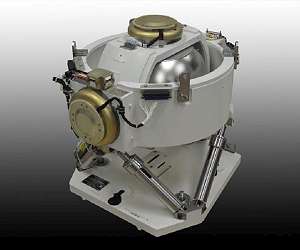 Navigating the Future on the High Seas


Northrop Grumman has been helping mariners navigate for more than a century. Beginning with the first Sperry Piedmont gyroscope installed on the USS Utah BB-31 in 1911, the company today continues to partner closely with the U.S. Navy and other allies to deliver high accuracy, long duration, positioning, navigation and timing (PNT) systems.