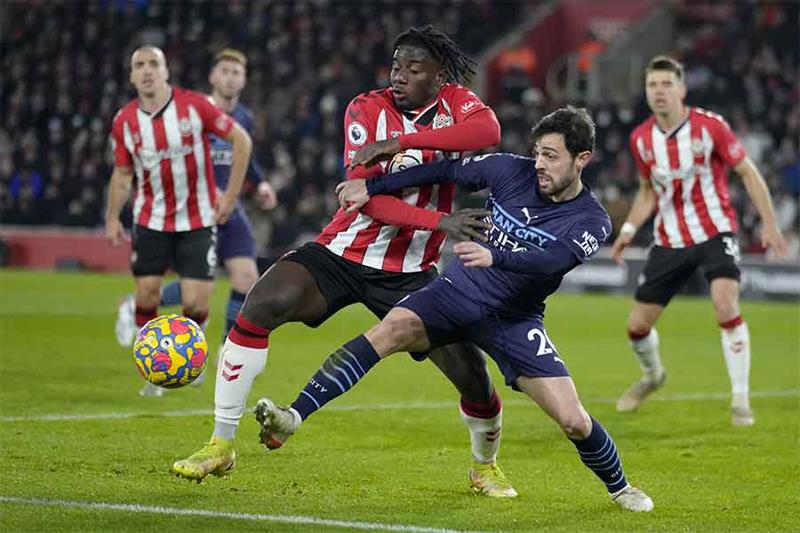 City needed a 65th-minute header by Aymeric Laporte to earn a point at St. Mary’s, after Southampton took the lead through Kyle Walker-Peters.

Pep Guardiola’s team had won every game in the league since a 2-0 home loss to Crystal Palace on Oct. 30.

Kevin De Bruyne, who supplied the cross for Laporte’s goal, and substitute Gabriel Jesus hit the same post in the second half for City, for whom Raheem Sterling had a gilt-edged chance from close range saved by Fraser Forster before halftime.

Southampton’s players defended stoutly after the break, just like they did when collecting a 0-0 draw at Etihad Stadium in September.

And they were dangerous on the counterattack, especially through Armando Broja, who had a goal disallowed for offside and also headed against a post.

City extended its lead over Liverpool to 12 points but has played two more games than the Reds, who visit Palace on Sunday.