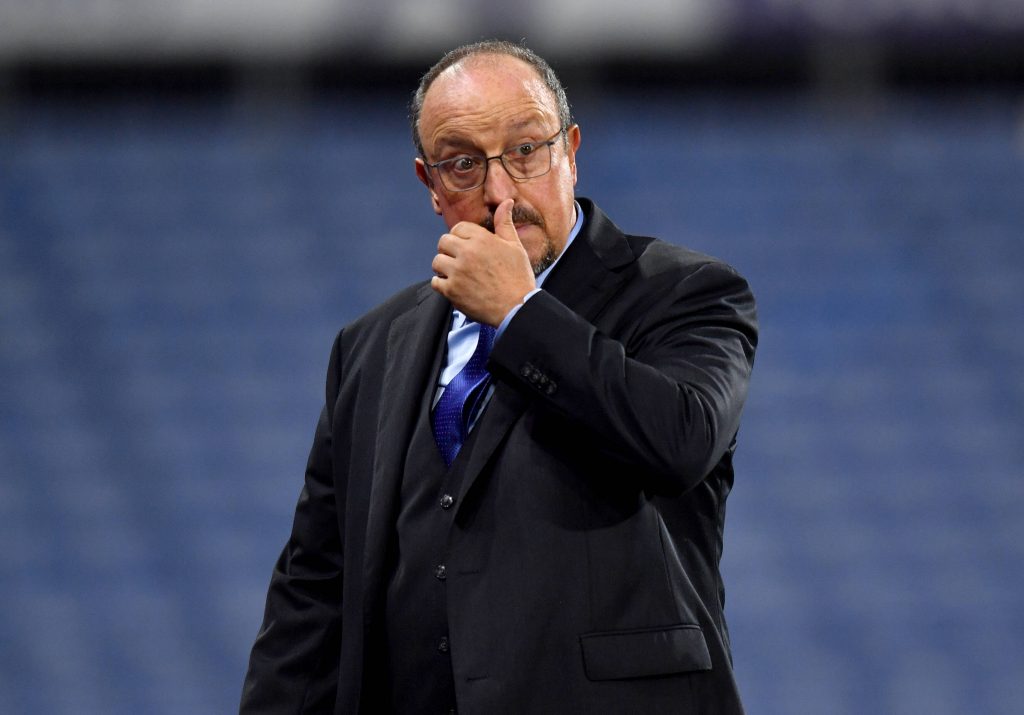 Everton have dismissed Rafael Benitez as manager after less than seven months in charge.

The Spaniard was appointed at Goodison Park in June, replacing Carlo Ancelotti who left to join Real Madrid.

However, that didn’t prove to be a good decision as the Toffees struggled massively to perform under the former Valencia manager.

The Blues are currently 16th in the Premier League standings, wining only one of their previous 13 league matches.

The Merseyside club reportedly held an emergency board meeting on Saturday to talk about the future of Benitez after their latest 2-1 defeat at Norwich City.

And now they have released an official statement confirming the sacking of the 61-year-old boss.

Appointing Benitez wasn’t a very popular decision with Everton fans, considering the manager’s past with Liverpool.

He was greatly successful at Liverpool but failed to replicate that success during his stints at other big clubs.

The 61-year-old didn’t last long at Inter Milan and was also dismissed by Real Madrid after a short period.

However, he was greatly praised for keeping Newcastle United in the Premier League for two consecutive seasons.

Before taking charge at Everton, he also had managed Chinese Super League side Dalian Professional for a brief period.