San Francisco 49ers star Nick Bosa appeared to relieve himself right on the bleachers at a high school football stadium … and TMZ Sports has the pic.

The Niners — who are set to face off against the Green Bay Packers this weekend — practiced at a local Bay Port H.S. on Friday in order to adjust to the anticipated weather conditions before the big matchup … and at some point, 24-year-old Bosa seemingly had to go #1. 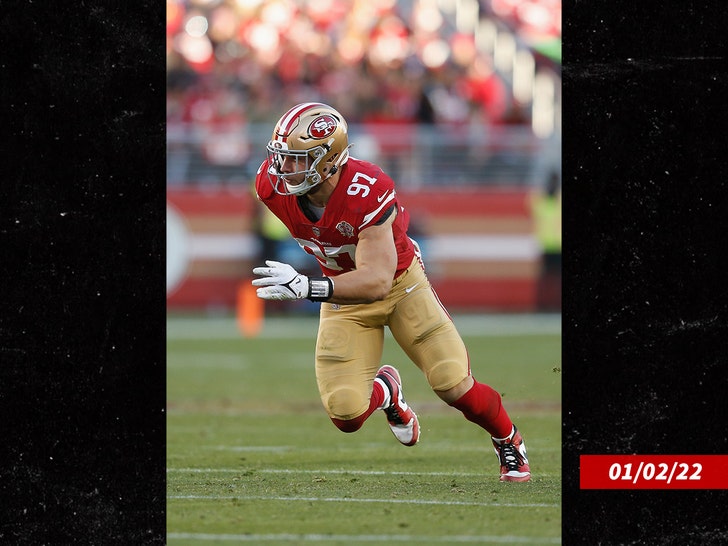 Bosa just recently cleared concussion protocol … and will be set to line up against Aaron Rodgers and Co. on Saturday in the divisional round of the playoffs.

The game is set to go down at Lambeau Field at 5:15 PM PT … with a shot at the NFC Championship Game on the line.

We’ve reached out to the Niners and Bay Point for comment … so far, no word back.