NBC Olympics executives on Wednesday promised to not shy away from the, lets say complicated, factors regarding the host nation for this year’s Winter Olympics, which take place in Beijing.

This year’s host country, China, is facing intense criticism for its human rights abuses, particularly its treatment of Uyghur Muslims, which the U.S. has termed genocide. The Chinese government has consistently denied all allegations of human rights abuses.

“We’re going to be focusing on telling the stories of Team USA and covering the competition. But the world, as we all know, is a really complicated place right now. And we understand that there’s some difficult issues regarding the host nation,” Molly Solomon, executive producer and president, NBC Olympics Production, said Wednesday during a recorded event for the media. “Our coverage will provide perspective on China’s place in the world, and the geopolitical context in which these games are being held. But the athletes do remain the centerpiece of our coverage.” 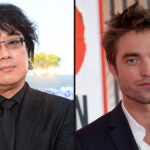 The United States, U.K., Japan and Australia have all announced diplomatic boycotts of the Games, meaning that no government officials will be in attendance. On Tuesday, the advocacy group Human Rights Watch warned athletes from speaking out on political issues regarding China.

NBC’s coverage will feature two experts on China: Andy Brown, editorial director of Bloomberg New Economy who has worked in Asia for 35 years (he was previously the China editor for The Wall Street Journal), and Jing Tsu, a Yale Professor of China studies.

“We have a Beijing-based bureau there. And NBC Olympics will cover the issues that impact the games as needed,” Solomon said. “I think it’s always important to remember that we have a record of not shying away from these topics.”

The Winter Olympics begin Feb. 4 with the Closing Ceremony set for Feb. 20. In the middle of that, NBC will broadcast Super Bowl LVI from Los Angeles on Feb. 13.