AP — Athletes will need to be vaccinated — or face a long quarantine — take tests daily and wear masks when not competing or training. Clapping is OK to cheer on teammates, not chanting. Anyone who tests positive for COVID-19 will be sent into isolation and unable to compete until cleared for discharge.

Welcome to the Beijing Olympics, where strict containment measures will aim to create a virus-proof “bubble” for thousands of international visitors at a time when Omicron is fueling infections globally.

The prevention protocols will be similar to those at the Tokyo Games this summer, but much tighter. That won’t be a stretch in Beijing, with China having maintained a “Zero COVID” policy since early in the pandemic.

Still, China’s ability to stick to its zero-tolerance approach nationally is already being tested by the highly transmissible Omicron variant, which is more contagious than earlier variants of the virus and better able to evade protection from vaccines.

With just weeks to go before the Feb. 4 start of the Games, more than 20 million people in six cities are under lockdown after recent outbreaks.

Here’s how the Games will work. 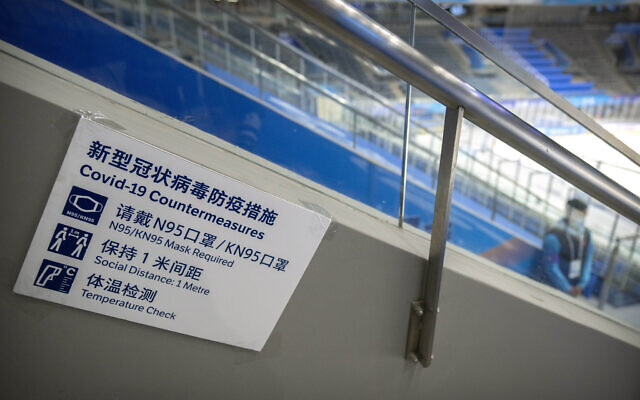 Do athletes need to be vaccinated?

Athletes and other participants including team staff and news media need to be fully vaccinated to be allowed in the designated Olympic areas without completing a 21-day quarantine. Those areas will consist of the Olympic Village, game venues, other select spots and dedicated transport.

That’s different from the Tokyo Games, where participants didn’t have to be vaccinated.

Participants are considered fully vaccinated according to the definitions outlined by their countries. Before boarding their flights, everyone also needs to provide two recent negative tests from approved labs.

The threat of being sidelined by a positive test is adding to the pressure for athletes.

Mogul skier Hannah Soar said she’s avoiding contact with people indoors and behaving as if everyone has the virus: “We’re basically at the point of acting like it’s March 2020.” 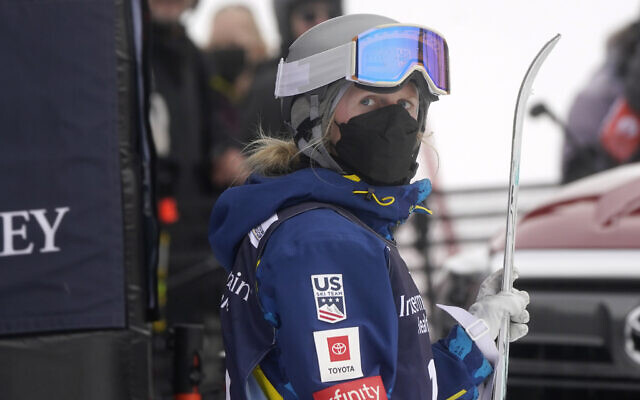 What about daily life?

Upon arrival at the airport in Beijing, participants will have their temperatures taken and be tested with throat and nasal swabs. An Olympics official who recently arrived on site said at a press briefing the process took him 45 minutes, though organizers note times might vary.

A bus will then take people to their designated lodging, where they’ll wait up to six hours for test results to clear them to move about in approved areas. Restrictions on movement within that “closed loop” are intended to seal off any potential contact between Olympic participants and the local population.

Throat swabs for testing will be required daily for all participants. In Tokyo, participants spit into vials for antigen tests. 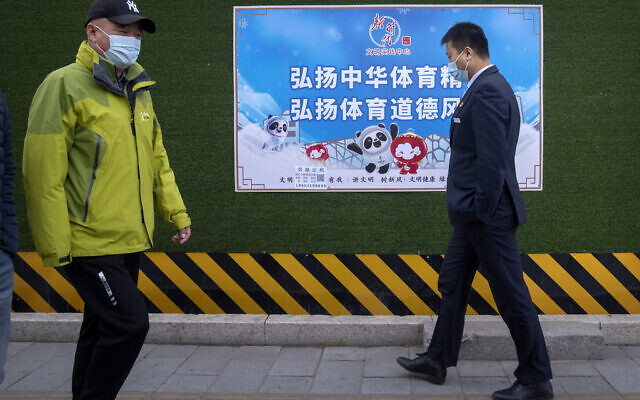 Standard prevention measures are being encouraged, such as ventilating rooms and keeping a distance of about 3 feet (1 meter) from others – or 6 feet (2 meters) from athletes.

Masks that are N95 or of a similar caliber will also be required in indoor and outdoor areas with few exceptions, such as when people are eating or drinking. Dining halls will have partitions and seating capacity will be reduced to help maintain distancing.

In spaces where distancing isn’t possible, such as elevators, talking isn’t allowed. Staff will be stationed in key areas to help guide people and ensure protocols are being followed.

What happens if an athlete tests positive?

In Tokyo, organizers say 33 athletes tested positive during the Games. Of those, 22 were withdrawn from from competition. Even with the tightened precautions in Beijing, experts say some positive tests are likely, especially with omicron in play.

If an athlete or other participant tests positive but doesn’t have symptoms, they’ll need to go into isolation in a dedicated hotel. They’ll be provided with meals and can open their windows for fresh air but won’t be able to leave their rooms, which organizers say will be about 270 square feet (25 square meters). 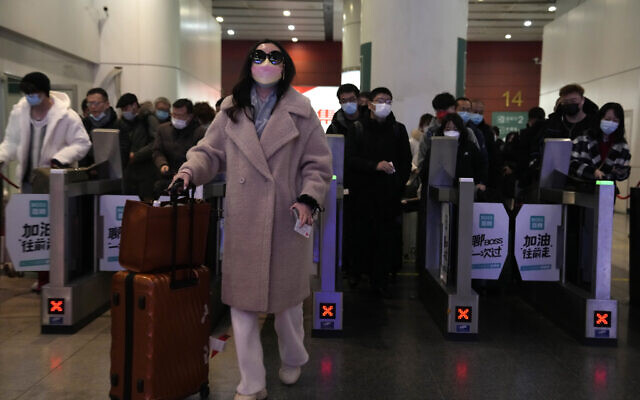 Passengers wearing masks to protect from the coronavirus exit after arriving on trains coming from outside Beijing at the South Train Station in Beijing, China, Jan. 14, 2022 (AP Photo/Ng Han Guan)

People with no symptoms can leave isolation after two days of negative tests. Organizers say those testing positive will be reviewed on a case-by-case basis, but it might still be too late for athletes to compete.

As a general rule, organizers say the panel will review those who keep testing positive for more than 14 days.

Those who test positive and have symptoms have to go into isolation in a hospital. They’ll also need to two days of negative tests to be let loose, as well as three days of normal temperatures and symptoms subsiding.

Organizers have said athletes who recover after testing positive ahead of the Games will also be assessed on a case-by-case basis in a “more flexible manner.”

Will there be fans?

Spectators from overseas won’t be allowed. As for local fans, Beijing organizers say they’re finalizing rules for their attendance.

It’s not clear how the recent outbreaks around China will factor into the decisions. But organizers of the Tokyo Games had also planned to allow some domestic fans, before scrapping the idea because a surge in local cases. The result was surreal scenes of athletes competing in empty stadiums. 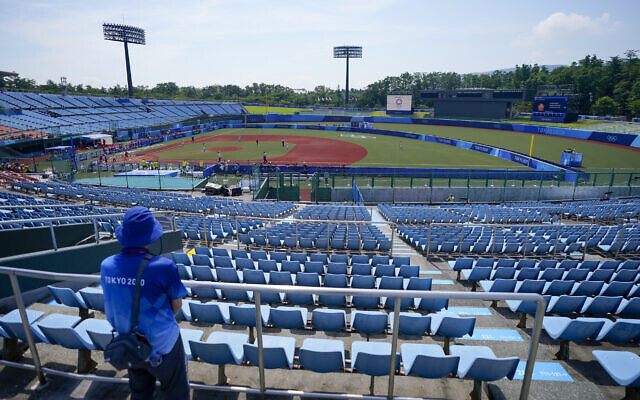 A steward watches from the empty grandstands during the softball game between Japan and Australia at the 2020 Summer Olympics, July 21, 2021, in Fukushima, Japan. (AP/Jae C. Hong)

Even if some fans are allowed in Beijing, their presence will be muted. Everyone is being asked to clap instead of shouting or singing, as had been the plan in Tokyo.

Despite the Omicron-fueled surge hitting many parts of the world including China, organizers may still be able to pull off the Olympics without as much disruption as some fear.

Olympic athletes are highly motivated to avoid infection so they can compete, noted Dr. Sandro Galea, a public health expert at Boston University. And even if it’s harder with omicron, he noted it’s no mystery what people need to do to avoid infection — take prevention measures, such as limiting exposure to others.