Japan will host Group B leaders Saudi Arabia on Tuesday in a crucial 2022 World Cup final Asian qualifier at Saitama Stadium, where anything other than a win will jeopardize their chance of automatic qualification for the finals in Qatar.

Saudi Arabia on 19 points can clinch their final berth with a win, while second-place Japan (15) know failure to get three points could see them overtaken by Australia, sitting just a point behind in third.

With a win over Saudi Arabia, Japan can visit Australia in March aware that a win there will secure their seventh straight spot in the finals.

Missing out on the top two automatic qualification spots will see the third-placed team first needing to beat the third-placed nation from Group A before facing a South American rival in the final playoff. 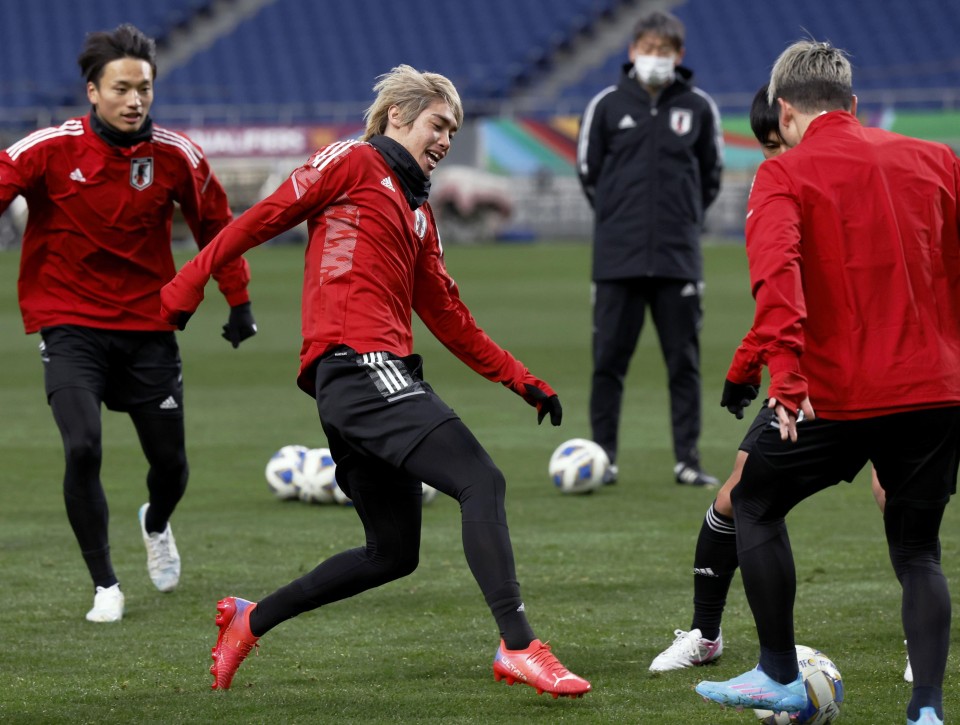 Japan’s Junya Ito (2nd from L) trains with his teammates on Jan. 31, 2022, at Saitama Stadium, near Tokyo, ahead of their 2022 World Cup final Asian qualifier against Saudi Arabia. (Kyodo)

Japan have lost their away fixture to Saudi Arabia 1-0 in October when substitute Firas Al Birakan capitalized on a misplaced pass from midfielder Gaku Shibasaki in the 71st minute.

“It’s not about evening things up after losing in the past, it’s more about whether we want to go to the finals. We need to win to keep our hopes alive,” manager Hajime Moriyasu said.

Winger Junya Ito will hope to become the second player from the Samurai Blue in history to score in four consecutive final qualifying games, first achieved by Genki Haraguchi during the 2018 qualifying campaign.

“I wasn’t bothered about scoring in two or three matches in a row, but now I know Genki did it in four straight and I’ll be going for it too,” said Ito, who missed the away fixture against Saudi Arabia in Jeddah due to suspension. 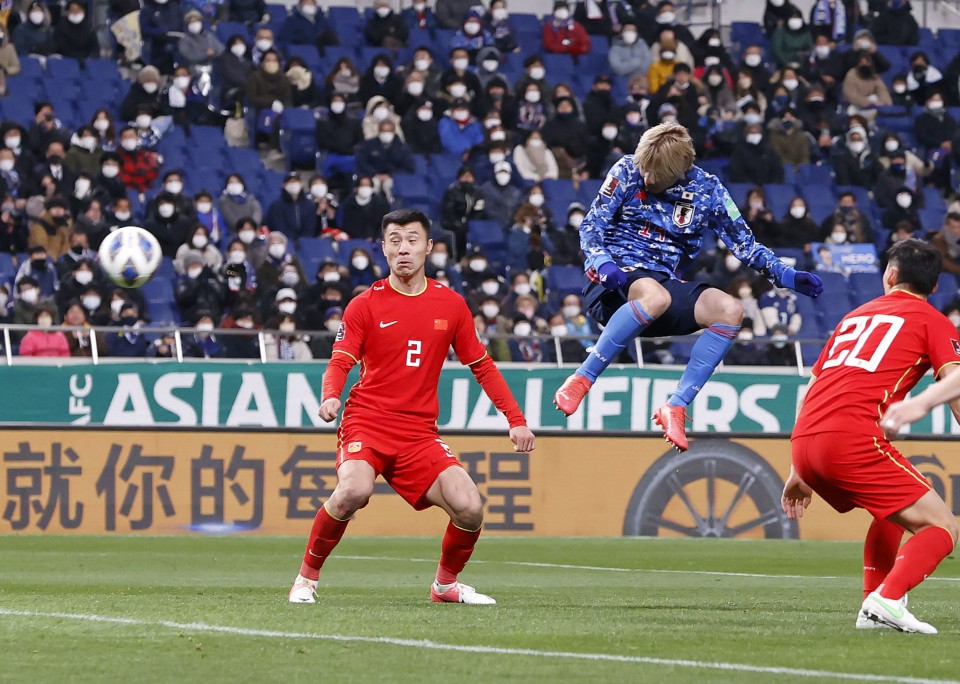 Junya Ito (C) scores Japan’s second goal with a header during the second half of a Group B football match against China on Jan. 27, 2022, at Saitama Stadium in Saitama, near Tokyo, in the final group-phase round of Asian qualifying for the 2022 World Cup in Qatar. (Kyodo) ==Kyodo

“I’ll be looking to run behind their backline even when they have the ball…we need to win to keep our World Cup hopes alive anyway and we’ll be focusing on getting the results.”

Japan will continue to be without the injured regular center-back pairing of Maya Yoshida and Takehiro Tomiyasu. Ko Itakura and Shogo Taniguchi looked comfortable filling in when Japan won 2-0 against China on Thursday, but they are set for a sterner test.

Saudi Arabia is unbeaten after seven games with six wins and a draw, beating Oman 1-0 at home in their last outing, but will be without injured influential Salman Al Faraj against Japan.

Japan have won nine, lost five and drawn one against Saudi Arabia in their past meetings.