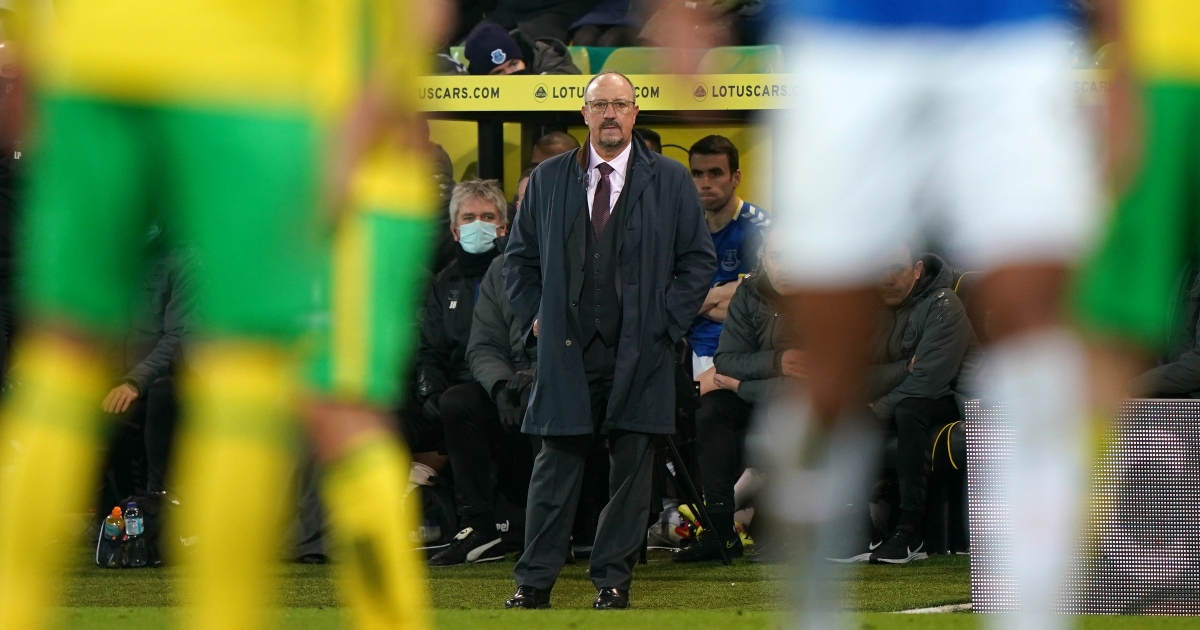 Rafael Benitez has issued a statement after being sacked by Everton on Sunday.

The Spaniard was relieved of his duties after one win and nine defeats in the Toffees’ last 13 Premier League matches.

“Benitez, who joined Everton in June 2021, has left the Club with immediate effect. An update on a permanent replacement will be made in due course.”

His last match in charge was a 2-1 loss to lowly Norwich City on Saturday afternoon.

The Everton fans were calling for the Spaniard to leave the club before the game, with banners held aloft, and two goals in quick succession from an own goal from Michael Keane and Adam Idah put the home side on course for a coveted victory.

Thank you to everyone who supported us from the starthttps://t.co/Sp2eJYpFI2#EvertonFC #ThankYou

Benitez issued a statement on Sunday evening, insisting his job was made “harder” by injuries as well as the club’s “financial situation”.

“We knew it wouldn’t be easy, and that it was a big challenge, both emotionally and in terms of sport,” he wrote on his official website.

“My love for this city, for Merseyside and its people, made me accept this challenge, but it is only when you are inside that you realise the magnitude of the task. From the very first day, my staff and myself worked as we always do, with commitment and full dedication, we didn’t only have to get results, but we also had to win over people’s hearts.

“However, the financial situation and then the injuries that followed made things even harder. I am convinced that we would have been better once the injured players were back and with the arrival of the new signings.

“The road to success isn’t easy and sadly, nowadays in football there is a search for immediate results and there is always less and less patience; unfortunately circumstances have determined the results and it won’t be possible to continue this project.

“In any case, thank you to the board, to the staff, to the players, and to those fans who have supported us during this time.”