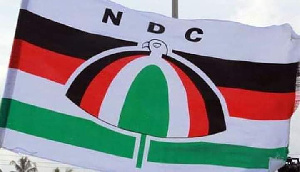 EJA Convener Enoch Amoako Nsia said although the abysmal performance of the current administration positions the largest opposition party in an advantageous position to wrestle power, some changes within the hierarchy are needed to guarantee victory.

“A large section of Ghanaians has lost confidence in the leadership and governance style of the New Patriotic Party (NPP),” a statement from the group said.

The statement also said former President John Dramani Mahama has the solution to Ghana’s problems but he can only win power if the current leadership of the NDC is changed.

“The NDC in her current state cannot wrestle power from the power-drunk and hungry NPP.

“The strong growing demand for change of leadership of the nation and vote back JDM cannot happen if radical change does not take place in the NDC.”

The group further stated that “there is the urgent need to shake up the leadership of the party (NDC) from national down to the grassroots to make the party ready”.