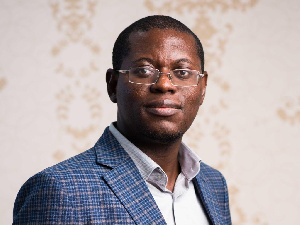 Ghana’s creditworthiness is low compared to other African countries

The problem is due to excessive borrowing

Bright Simons, an honorary Vice President of IMANI Africa, has stated emphatically that, Ghana’s economy is not creditworthy, something that can lead the country into pragmatic measures if the fiscal economic dynamics are not addressed.

Speaking on Newsfile, Simons said, the problem is because foreign investors perception about Ghana’s creditworthiness keeps deteriorating as a result of the country’s debt burden.

He said, due to excessive borrowing, Ghana’s creditworthiness has been lower than other African states.

“The economy is not considered sufficiently creditworthy. This is not something that is a Covid phenomenon, this is something we’ve been dealing with for quite a while. All the way from February 2020, we were already paying up to one and a half per cent more than our African compatriots and today we are still paying more than a per cent more than African compatriots; so, for the average African borrower, our creditworthiness has been lower.

“We’ve seen in the last couple of months seriously worsening perceptions from investors around the world about Ghana’s creditworthiness. We’ve also seen that long before this crisis, investors, generally, have been charging Ghana more to lend to Ghana,” Bright Simons explained.

Bright Simons noted that during the last quarter of 2021, Ghana’s bonds according to data from rating agencies Fitch and Bloomberg was the worst-performing in the continent.

“Essentially, Ghana’s debt to GDP ratio is about 83% today and that is considerably above the African average. We are spending more than 45% of all the money that we make in the country on servicing our debts and a good chunk of the rest on paying government workers who may constitute 10% or so of the total workforce,” he said.

“When we say we are B- in Fitch, we are just one step from being considered almost in default because we have substantial risks to our economy. 2022 is going to be one of those years where the revenue prospects of the government is going to assume outsized proportions,” he predicted.