Bill Maher had a lot on his mind Friday on “Real Time,” his first new show of 2022. The episode covered topics ranging from the attacks on democracy by increasingly right wing Republicans, frustrations with COVID-19 measures, and some of the usual complaining about “wokeness” with frequent guest Bari Weiss.

And then at the end, Maher closed things out with a novel suggestion for how President Joe Biden could save his presidency (and, maybe, the country): By getting married to his ex-boss, former President Barack Obama.

The inspiration was Biden’s dismal polling numbers, which Maher attributed to a serious lack of enthusiasm for Biden, compared for the cult-like devotion Donald Trump inspires in his supporters. This means bad things for the 2024 election, Maher continued, since the Democratic party doesn’t, at the moment, seem to have anybody waiting in the wings who could energize the base. And that’s when he suggested Biden and Obama tie the knot.

Now, Maher’s real aim here wasn’t a cheap joke at the expense of gay people, it was to make a point about what he sees as a gross asymmetry between how Democrats govern and how Republicans govern. Democrats, Maher correctly noted, are basically obsessed with following the rules, even when those rules are nothing more that established traditions not really rooted in laws. 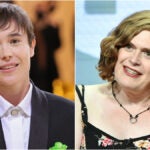 Republicans, Maher argued, have increasingly just done whatever they can get away with it; if it isn’t expressly against the rules, they just go for it. Particularly Trump and his allies. As evidence, he pointed out the constitutional hardball Republicans pulled in 2016. when they invented a never-before-expressed belief that it is somehow against the rules for a president to appoint a justice to the Supreme Court during an election year. This isn’t actually true of course, but they stuck to the story and refused to even hold hearings for Obama’s nominee, Merrick Garland. Then when Trump ended up becoming president, he got to fill the seat.

Maher also noted how, in 2019, Mitch McConnell, literally chuckling and with a smug grin. said he straight up would absolutely let Trump appoint a SCOTUS justice if someone died during an election year. Which, of course he did, rushing through Amy Coney Barrett’s confirmation just 8 days before the 2020 election, after Ruth Bader Ginsberg died.

“To them, hypocrisy is not a bug, it’s a feature. They’re all about grinning in the mirror as they shove it up your ass,” Maher said. “Like Jesus would do.”

“That is the essence of Trumpism. ‘You wanna see my tax returns? Show me where that’s written down. You want me to concede when I lose? That’s just a tradition,’” Maher said, accurately describing some of Trump’s greatest hits.

Maher compared this to a 1970s Disney movie called “Gus,” about a football team that adds a donkey to the lineup as a kicker because there isn’t an explicit rule forbidding donkeys from the sport. (People who aren’t boomers, it’s like “Air Bud.”) 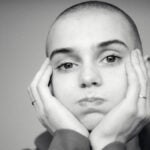 “Trump pulled a ‘Gus’ every day when he was in the White House,” Maher continued. “Not divesting his businesses. Making his son-in-law our de facto Prime Minister. Filling cabinet departments with ‘acting’ secretaries so they wouldn’t have to undergo being approved by the Senate. Screwing with the Post Office to make it harder to vote.”

“What the Democrats have to do now is their version of a ‘Gus,’” Maher said, bringing his point home. That means Biden and Obama divorcing their wives and getting married, which would return Obama to the White House without triggering the constitutional prohibition against a presidential third term.

“The law says Obama can’t be president again, but there’s nothing that says he can’t be First Lady,” Maher said, before running down several ways Obama could then proceed to run things behind the scenes, just like Edith Wilson is suggested to have done after Woodrow Wilson had a stroke in 1919.

And “this time, do it proudly,” Maher continued, “with that smug Mitch McConnell look on your face. Like ‘yeah, we know it’s wrong and never been done, but that’s all secondary to f—ing you and loving it.”

“This is not about gay,” Maher said as he started to wrap it up. “This is about showing that Democrats can play by ‘Gus’ rules too. Trump lost the popular vote in both of his elections, and still got to put 3 judges on the Supreme Court. So don’t ask me to feel bad about First Lady Barack Obama.”

Watch the whole clip at the top of the page right now.