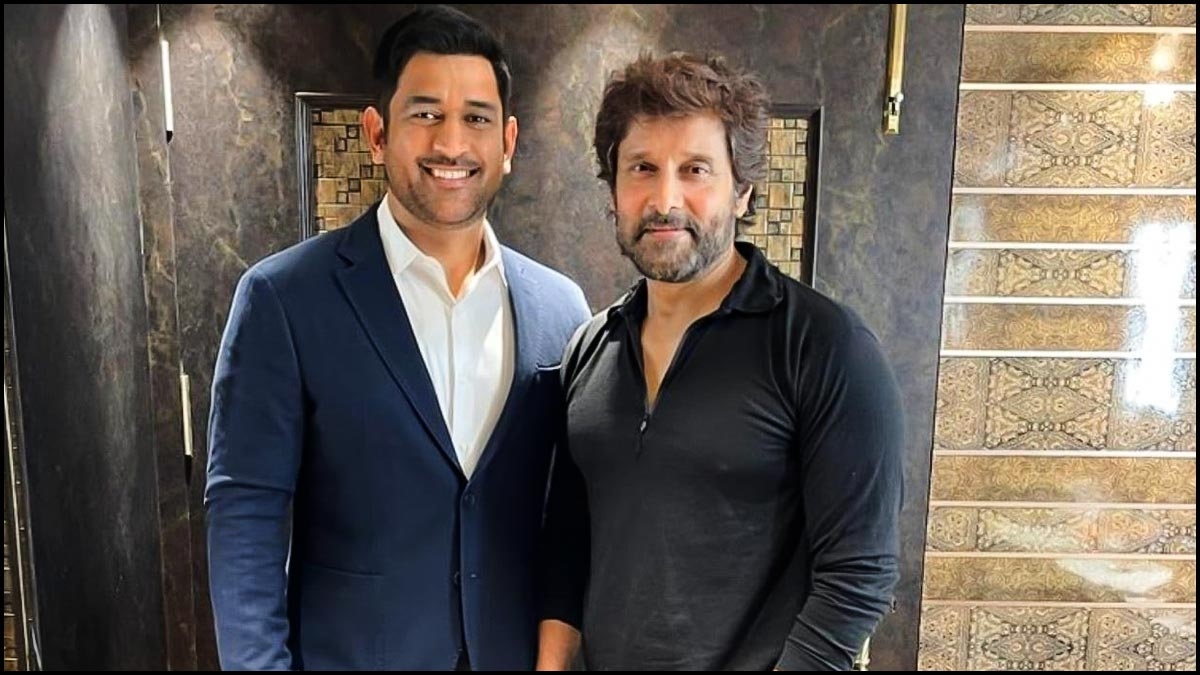 World-famous cricketer and former Indian Cricket team captain Mahendra Singh Dhoni is currently spending his time in Chennai. The World-cup-winning captain is still playing for the Chennai Super Kings in the IPL and has led the side to four title wins. He recently landed in Chennai ahead of the mega auction for IPL 2022 to discuss the player selection.

Now, a super-hot buzz has taken the legion of Tamil fans in awe as CSK’s Thala Dhoni meets with Kollywood’s Chiyaan Vikram. Reliable sources have informed us that Chiyaan Vikram met the Indian cricket legend, who is currently in Chennai for the IPL mega auction. Vikram was seen in a casual black t-shirt while MS Dhoni was all suited up and glowed from top to toe. 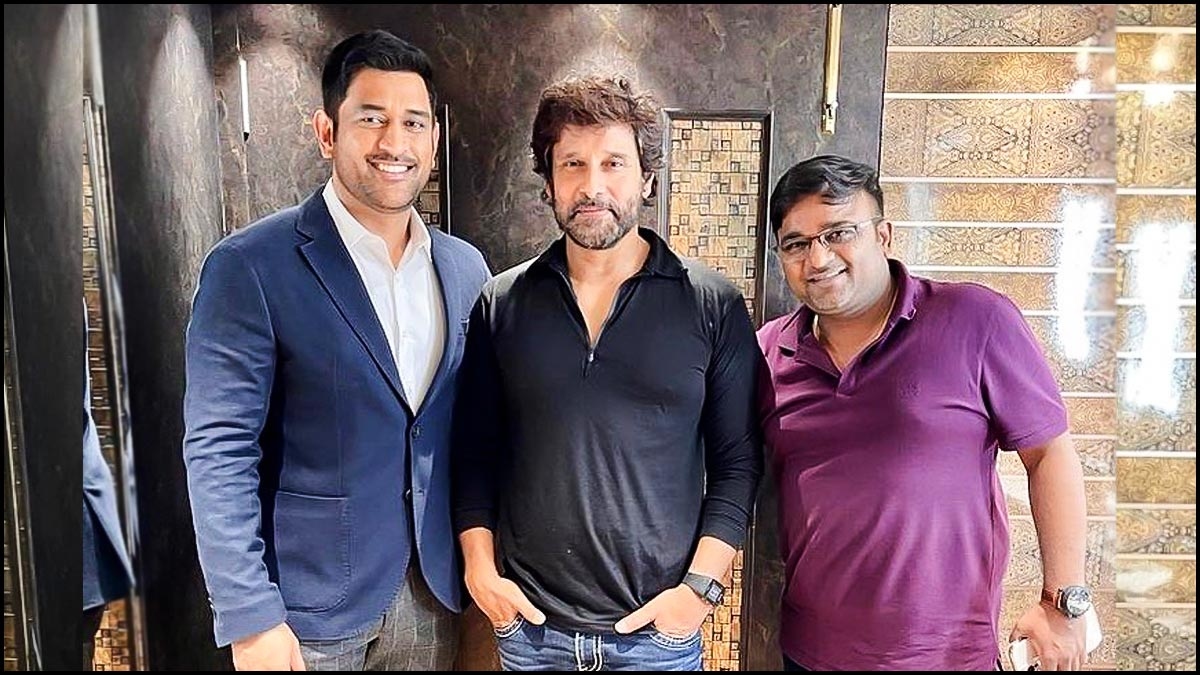 It is worth mentioning that captain cool Dhoni met with Thalapathy Vijay last year on 12th August 2021 as they both were shooting at Sree Gokulam Studios, Chennai on that day. Mahendra Singh has now caught up with another Kollywood celebrity, which took the online Tamil fans on cloud nine. The netizens are showering likes, comments and making the pictures viral on social media currently.