Cricket Virat Kohli took the cricket world by storm on Saturday when he decided to step down as Team India’s Test captain after seven years at the helm. 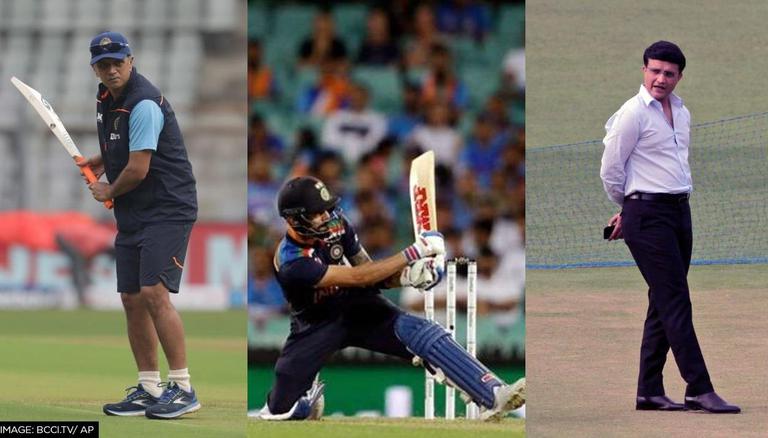 Virat Kohli took the cricket world by storm on Saturday when he decided to step down as Team India’s Test captain after seven years at the helm. He was India’s most successful Test skipper ever having led the team 68 times and ending up victorious in 40 of those matches. Now he is gearing up with the rest of the squad for the upcoming first ODI match against South Africa. This will be the first ODI series since Kohli was removed as ODI captain as well after the BCCI took the decision to strip him of it.

This will be the first time in seven years that Kohli will be stepping on to the crease in India’s famous blue jersey not as a captain but as a specialist batsman. The focus will still be on him, but now with a lesser burden to bear and people will be expecting him to perform. It’s been over two years since his last international century. While his Test match performances over the two years have left more to be desired, he has been threatening when it comes to ODIs. He has scored 649 runs in his last 15 matches at an average of 43.36 and a strike rate of 92.45 and scored eight half-centuries. On January 19 when he takes the field for the first India vs South Africa ODI match, there will be a lot expected of him from the fans.

Kohli has scored 1287 runs against South Africa, putting him at eighth in terms of most runs scored against the Proteas. With just 26 more runs he will surpass current Team India head coach Rahul Dravid and BCCI president Sourav Ganguly who are on 1309 runs and 1313 runs respectively. He also needs 113 more runs to become only the third Indian cricket player to score more than 1000 runs in four or more countries. He will join Ganguly as they both will have scored 1000 plus ODI runs in four different countries. Sachin Tendulkar holds the record for the most with 1000 plus runs in six different countries.

Cricket Virat Kohli steps down from all formats as skipper

Towards the end of 2021, BCCI had announced that Virat Kohli would not be the captain of India’s ODI team. Prior to that, Kohli had himself resigned from the role of India’s T20I captain so that he could concentrate on Test cricket, however, it seems that is no longer the case. Why he gave up the captaincy is unknown and till Kohli himself speaks about it, everyone can just speculate on reasons. It is pertinent to note here that Kohli was India’s most successful Test skipper having led the team 68 times and ending up victorious in 40 of those matches. The news of Kohli stepping down as Test skipper came after their loss in the India vs South Africa three-match Test series.